I remember, back in November 2010, I had visited Egypt the last time for vacation. It was a very wonderful and interesting vacation, and I had visited Aswan for the very first time. The Nile was so clear and clean, yes it was very hot weather, but bearable. The Nubyan Village I visited there also, impressed me a lot. These people lived so peaceful, just a simple natural life. They had little baby crocodiles in water at their houses, they would feed and raise them and then let them free into the Nile. That was so sweet, I held one of those crocodiles in my hands, it was very funny.

Shortly after I left, having with me the finished track lines for my Music Album “I REMEMBER”, I kept mixing and mastering all of it as best as I could. Of course, I am no Pro at it, to be honest. I did professional courses for Pro Tools Operation, but I didn´t educationally or experience-wise reach the level of professional Mixer and Masterer at the Music Studio, as a Sound Engineer. I keep on training to make better and better of my skills, and can´t wait to present soon the new productions.

Back to Egypt. It was a magical vacation, I will always remember it.

And after I published my Album, having the Vision of a New Egypt, free, democratic, fun and open, you know, something super strange happened (in a good way!):

Millions of Egyptians took to the streets, peacefully demonstrating for a better life, jobs, freedom and so forth. They literally prayed and sang and chanted and played MUSIC in this peaceful protest.

And then, something obviously seemed to have gotten in between. It was so obvious how the media tried to paint the picture different smoothly, like a smooth criminal as Michael sang once, and slowly but surely, one heard of violence, religious battles and weird, different news, after we all saw clearly the people being ONE together Christians and Muslims and all!

So, it got pretty worse since then and I had not visited there again yet for any vacation, waiting to see it heal and peace being all over Egypt.

IF THE EGYPTIANS WOULD ONLY STUDY A BIT MORE THEIR OWN HISTORY, THEY WOULD BE INSPIRED TO MAKE THIS ONE OF THE GREATEST COUNTRIES ON EARTH, ONCE AGAIN. 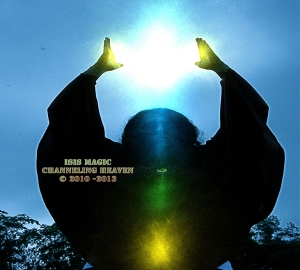 You know what is the funniest about this Video? Honestly, I had to laugh so hard…

As they step back and forth, as if “moonwalking” on their poster, one guy says: SEVEN TIMES, DO IT SEVEN TIMES!

That is some serious spiritual connection to Ancient Egyptian Magic.

The Number 7 was very important in magic spells and protection especially! 🙂

The number seven was apparently the Egyptian symbol of such ideas as perfection, effectiveness, and completeness.

EGYPT- SUNDAY- JUNE  30TH & JULY 1ST: The Biggest Demonstration in the History of the WORLD 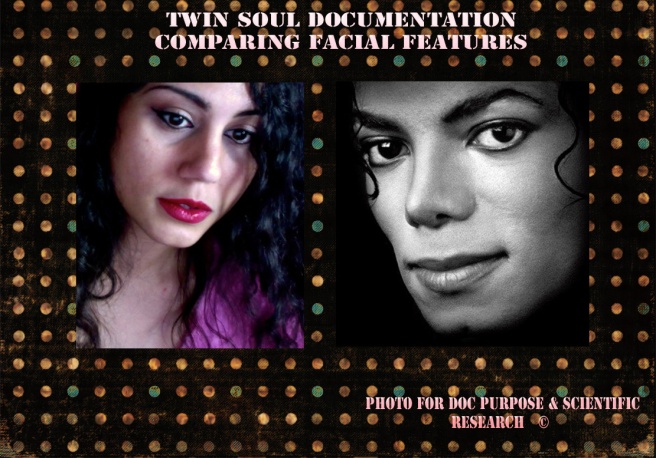 Photo Comparison shows for Research & Educational Purpose both at the same Age for the best Analysis.

Susan Elsa´s Face keeps changing into the Appearance of Michael Jackson´s. She has been taking a break from her Music work mostly and focuses at the Moment on Producing & Directing Movies.

About 2 Days ago, Michael reminded me again of him having channeled me, before my birth when I was in spirit still “above”.

Naturally, Twin Souls are always connected. In fact, if there was any natural channeling, it does happen naturally and automatic for BOTH twin souls, depending on the constellation (spirit or incarnated).

I remember how Michael described Stevie Wonder as a “prophetic Songwriter”. He said, that it is as if Stevie, due to being blind physically, activated even more of all his other senses and uses them in incredible ways in his Art. Michael turned out to be absolutely right, something I didn´t expect so extremely clear.

In my Book, “ARCHANGEL MICHAEL´S WEDDING”, you can find this Original Story from Spring 2010 that goes hand in hand with this Statement now.

One of the first things I noticed, here summarized, after Michael´s Spirit returned to me and taught me the Term “TWIN SOUL” and all of this, was:

I remember walking to the bathroom and staring in my mirror. My eyes had suddenly gone from sad, tired and small, to PHYSICALLY BIGGER, and sparkly, happy eyes. I remember exactly how I saw this glitter inside my Eyes and laughed in front of the Mirror, asking Michael “how do you do this?”, “how is this functioning exactly?”, “Why are my eyes suddenly bigger and lips fuller?”, he never gave me a clear answer, he only GIGGLED every time I asked.

Often he runs his fingers through my hair, all over my face, cheeks, especially chin, he loves that. And of course, all kinds of other spots, hehe. I am used to it by now, but definitely was shocked at first in 2010 and needed time to digest it to be able to talk about this, to anyone. (the sexual part) It is literally like TRAVELING TO HEAVEN and I have published before Articles on Astral Heaven Travels (Out of Body) with Michael. It is super private and I only speak as much as I feel okay with, to educate others and also, so defend Michael´s Sexuality, which is absolutely NORMAL.

HERE IS THE BOOK WITH FULL CRAZY DETAILS:

Now, this is finest Synchronicity or actually, like a direct Evidence of Michael´s Spiritual Genius he integrated into his Work. He not only wrote incredible meaningful and spiritual Songs, but also picked the right ones with his intuition, always! Examples are “YOU ARE NOT ALONE”, and “CAN´T HELP IT”, to which we will get now.

“I Can’t Help It”
Written by Stevie Wonder

From Michael jackson´s first Solo Album OFF THE WALL