Important Message from Heaven to MJ Fans about Michael Jackson´s DANGEROUS Album Cover Art and Songs Projects Meaning and Stories Behind: Michael says you need to IGNORE this delusional Debbie Stefaniak with her Wacko Maurie Pressman helping her little nonsense Fraud. Anyone that ever knew Mike, may it be family, friends (few good honest Ones) or even most real Fans, know about Michael´s struggles against RACISM and that this Album was central. This Debbie is exposing exactly this System, especially going against Black People and Black History like that ON FULL PURPOSE, trying to replace Michael´s True Message by making up stuff to sell her fake Story. This is serious Fans, and we will reveal now the full background Experiences of this that Mike had, including the true History of Black People. Deborah Stefaniak, You have exposed your true evil face in public and your racism. Go to your Lady Gaga and leave us alone, get a life and stop playing parasite on other´s hard work and personal Stories you sick Stalker.

MICHAEL JACKSON WARNS ABOUT A DANGER ON THIS ALBUM, and keeps else the tone FULLY KEMETIC, ANCIENT EGYPTIAN, BLACK! BLACK HISTORY THIS IS ABOUT, not Debbie and Maurie Pressman or Lady Gaga and all these Fakes and Copycats.

Can you imagine, knowing what I know from Michael directly, seeing this Fraud and all this aimed talk and misinformation to deceive Fans, is not acceptable. Neither morally, spiritually nor legally.

Michael Jackson had also legal problems at that time with People from Hollywood that tried to STEAL HIS IDEAS, LOGOS, AND WORK FOR FILM PROJECTS. The whole core trigger was the Ancient Egyptian Vision Michael had and expressed to some of his “Friends from Hollywood”.

So, MJ Fans, if you see this Debbie Stefaniak continuing to talk racist crap about Michael´s Dangerous Album for an attempt to HARASS HIS SOUL, ignore, block and report her. I will also inform Michael´s Family about this and all Black MJ Fans, because this is direct racist manipulation attempt by those evil ugly frauds on a very sensitive topic for Mike.

He fought hard, against Racism. He was attacked with horrible lies right after the Release of THIS ALBUM, WITH THE DANGEROUS HISTORY MESSAGE , dangerous because the Racist System doesn´t like it when the truth is told, when Black People know their proud true history of wisdom and knowledge back in ancient Kemet, and of course, a real Egyptian having been shared all this with from Michael, they think totally and fully racist and know no limits. So now they try to replace my PUBLIC VOICE, in middle of my Works and Releases, long after these Themes have been copyrighted and released long Ago by me originally before anyone else, and now they try to cover my whole Life and Identity up with “False Impersonations” of my PUBLIC work and personal Identity as a Human Being.

Now if that doesn´t show you how evil these people have gotten, how serious this all is, I don´t know what does.

And it really does look extremely, like the NSA is now working this way; Stealing Personal Data from A-Z about Citizens of other Countries such as Europeans, through invasion of Computers, Hospital Computers and all, and then SELL IT and ARRANGE IT for American Data Frauds whenever they feel like it, like in this case, when a Woman had personal Relations with Michael Jackson, they think, there are no human rights for anyone but white People anymore, and step on your human rights and impersonate you if they have to to try and block your Company, Projects, and mainly TRUTH SPEAKING.

They spy on my Internet-connected Devices since 2010, since we began releasing the TWIN FLAME CHANNELED POP GENRE. In these 2010 Releases, the Michael Jackson Past Life in Ancient Egypt Theme and the Twin Flame Theme is released officially and copyrighted. It is my property.

When I talk about the private Information Michael told me in LA, the exact themes they aim at, and aimed at for Copyright Infringements by Big Hollywood Names as well, this “Twin Soul Fraud” claims falsely and publicly that I am stealing her work. Hahaha.

So they think these TACTICS BLOCK MY VOICE and COPYRIGHTS and that they can put my Property in a U-turn and confuse the Public now, claiming all yelling around that the things THEY DID about me, when dates and public records are clear. I also did not publish as a private Person this Music before, it is registered as official as possible, and I went through stressful paperworks to register an official MUSIC PUBLISHING DEPARTMENT, and codes and dates for each Song. I can sue these people ANYTIME.

I am also not some “Pop Musician”, I did this only based on Michael channeling this to me and pushing me to release it in 2010, after informing me that I AM his TWIN SOUL himself directly. I do not make any Money off my Music and offer it mainly for free, the Sales Outlets are registration and distribution for TRUTH AND TWIN SOUL INFORMATION PROTECTION.

You see now? Michael saw what you are planning ahead. You little fake cheap weak devils.

And when I talk about the CONTENT LINKED TO MY OFFICIAL COPYRIGHTED RELEASES MORE THAN 4 YEARS AGO, about the with it linked Information between me and Mike exchanged about the Hollywood conspiracies, spying on him, ancient Egypt and Black History and Twin Souls, these frauds come up and attack totally racist and angry. Look it up yourself and open your eyes.

Again: I NEVER CLICKED ON THIS DEBBIE STEFANIAK´S BLOG, NEVER EVEN KNEW SHE HAS A WEBSITE NOW TO EXPAND HER FRAUD, NOR DID I READ HER BOOK, THE BOOK DESCRIPTION, NOR DID I SEE VIDEOS OR PICTURES FROM HER AND BARELY KNOW HOW SHE LOOKS LIKE- LIKE LADY GAGA THAT IS THE MAIN COPY CAT IMITATING MY PREVIOUS CONCEPTS BEGINNING WITH “BORN THIS WAY” -SELLING OFF “CHANNELING STORIES” TAKEN DIRECTLY FROM MY RELEASES AND COMPANY PROPERTY WITHOUT PERMISSION, ON MY BIRTHDAY.

If I am not mistaken, from the bits of information I get from my friends and Fans who see what she does and show she began imitating me and informed me in 2012- this Debbie Stefaniak also CLAIMS EXACTLY STORY CONTENTS ABOUT LINKS TO MICHAEL JACKSON´S BIRTH DATE. BIRTH BIRTH BIRTH, DATES.

Luckily, we have lawyers and a great Team, that researches now the data abuses for criminal investigations, so I DO NOT HAVE TO SEE ANY OF IT.

Debbie, you WISH I was reading your Blog, don´t you? I will report and sue you for this point especially you lied about you arrogant fraud, because you step into a legal battle with Hollywood and huge serious business between me and Mike and Hollywood Corruptions. I never read ANYTHING on your blog you delusional attention seeking demon. Seeing your Name or your Face or anything of your lies anywhere, or being told of it by Fans, makes me feel like throwing up and sick. I would NEVER read your shit. You clearly maliciously defamed me and showed that you are somehow linked to these People who are doing cyber hacking and espionage. You follow clearly an agenda, to cover up, mislead and support Lady Gaga´s personal and releases Data abuses and Infringements in a legally clear way to lawyers and investigators. Especially for attacking with false public allegations made up about “Copycats” when I am doing my work and living my life simply, since long before anyone heard of your fraud story. That is very suspicious legally, and any Judge would think you are hired by these people to abuse the public platform to mislead about evidence in crime cases, to harass and try to shut down the victims and their human rights.

MJ Fans, ignore such abusive criminals as this Debbie, we must shield Michael´s Legacy as they are trying to take his Message and spit on it and twist it. I believe in you and know that you always sense the truth with your intuition deeply connected to Michael and his Work filled with his Heart.

Debbie Stefaniak is criminally deceiving here Michael Jacksons Fans and trying to mislead them down a racist copycat story road to help the System cover up all they did to Michael and the big history beyond his own personal struggle he FOUND OUT AND UNCOVERED- any real MJ Fan will surely know how dear Michael´s work, his Music, was to him, and Black History, Africa, Human Rights, poor People who have no food and are left alone by rich countries in their struggle, all these things Michael´s Fans know.

This Debbie needs to be called out, dear Fans. She has done something sneaky, evil and wrong to Michael, directly aiming at his Soul to abuse him and hurt him again, while pretending all fake to care and want to help for Justice. She is lying to you and seems to be sitting in a nut house and not even normal in her head to be publishing Books about other people´s work and soul.

It´s a direct attempt to create a misleading malicious fraud ABOUT MICHAEL´S WORK. The exact work of the turning point where his Hollywood personal battles began, based on them fighting his Vision to portray a huge Movie about BLACK PEOPLE AS KINGS AND QUEENS. Not white people, you racist Fraud I will expose you for this.

Here is a few Images I made to help show simple and fast at first sight the Truth beyond this Album and his Twin Flame Messages they try to also use for themselves now and replace the Egyptian Twin:

Previous Articles they try to interfere with and attack our copyrighted linked Releases from prior, in 2010:

We have more, feel free to search through Articles and check the 2010 Music Releases.

Here is the Main Message, the MJ Osiris Song from 2010: 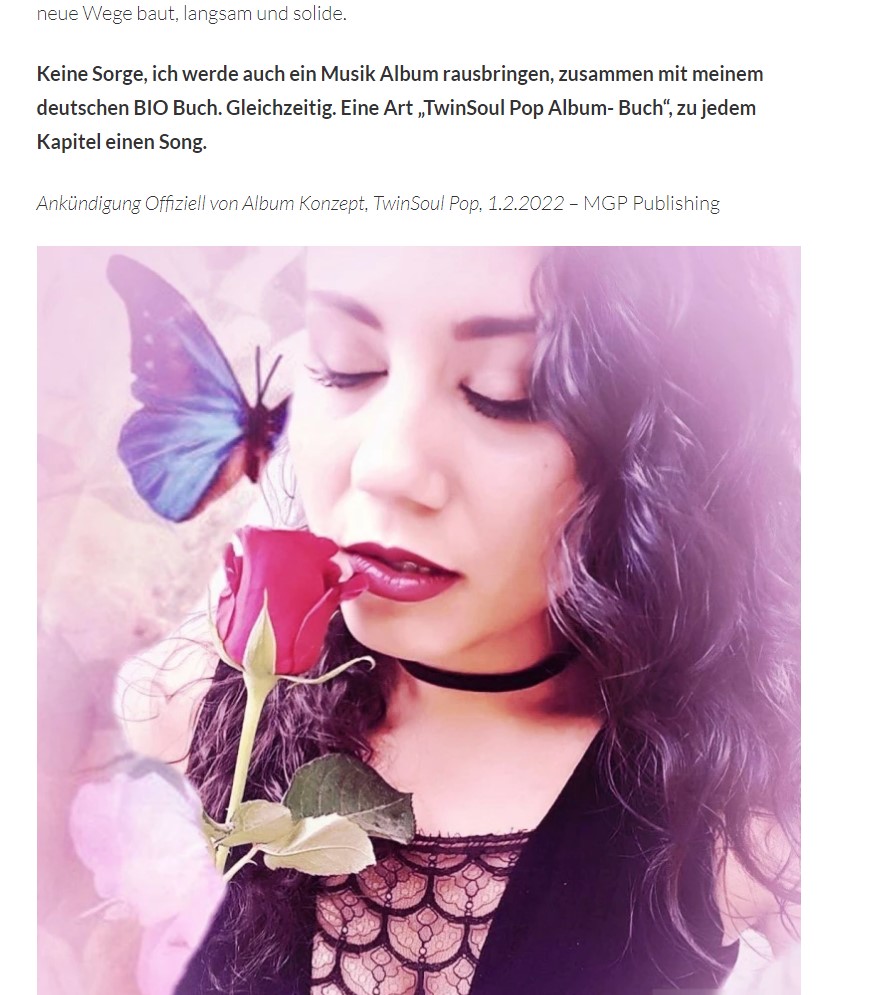