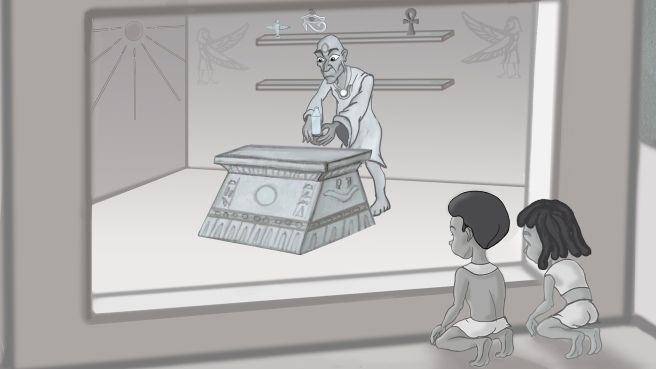 MADE IN HEAVEN: THe “Living” Project PART I – I REMEMBER

Note: These are not Final Sketches of the Productions, it is Sketches from the Storyboard of the MAKING OF © Mystery Garden Productions GmbH

The word “Goddess” did not exist as such back then. We never would call ourselves Gods or Goddesses, this is a modern TRANSLATION MISTAKE. Those are “like-God”, like it is said about Archangel Michael that he is “The One WHO-IS-LIKE-GOD”. This is what the Name Micha-EL literally means. “Mirror of God”. It does not mean Michael IS God, nor does it mean that Archangel Gabriel is God, or any other Archangel.

But if an Archangel appeared to a HUMAN ON EARTH, they would have trouble digesting the extreme light and spiritual skills. The more correct wording would be “Angel IsIs”, “Angel Osiris”, “Angel Anubis”, “Angel Horus”. THAT would be the CORRECT expressive word for MODERN TIME to describe the truthful ancient Egyptian perspective on this.

JOIN NOW OUR HOT DISCUSSIONS IN THE MYSTERY PLANET FORUM ON OUR WEB GATE (FREE!)

FULL FILM PART I HERE OR ON WEB GATE: