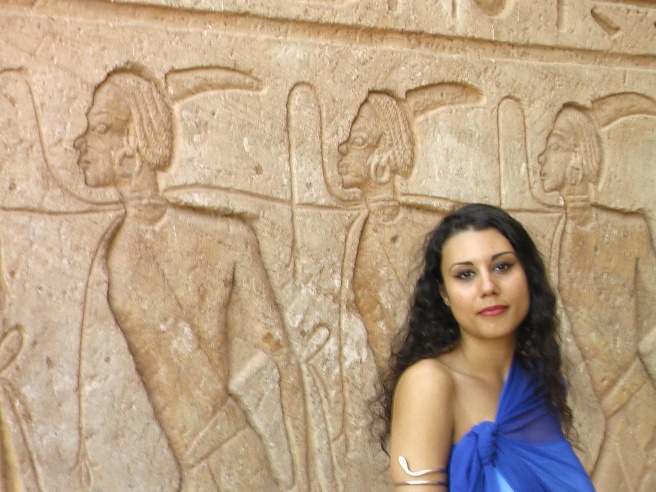 “I Remember” – Ancient Egypt is back!

Remember the time? Susan Elsa answers with this Album and says: “I remember”.

On a special spiritual journey of eternal life and all its secrets, this Debut Album not only

shows how much effort Susan put into shaping her own skills, but takes you right into

the World of the Soul-on Earth and in Heaven.

They literally WALK BEHIND ME.

And now check this out, my Mother could not believe it. I was in my Bedroom recording & channeling the Osiris Song for Michael. I thought: I hope the Cats of Egypt help me with this Spell to Heal Egypt.

I got up a bit later to eat and noticed on the OTHER SIDE a Roof Top parallel to my Bedroom Window, where a Cat STOOD THERE IN ANCIENT EGYPTIAN POSE. Had to take a Photo. My Mother got a bit spooked out 🙂

This Cat stayed there from the Day we went to Alexandria, every Morning greeting me to my Window.

When I came back from L.A. poisoned and could not sleep, I kept walking nights and nights through the empty Streets.

Cats would appear and walk beside me. I stop, they stop. I continue walking, they continue walking beside me. They kept coming to me, when I cried alone in the dark sitting in any corner head down and would GO IN CIRCLES AROUND ME, touching my legs with their body and tail, as if making a Protection Spell for me.

My Cameraman witnessed in 2011, when we recorded WOMEN OF THE WORLD, that I have a spooky telepathic Connection to Cats. We sat in a Meeting a Day before going up the Hill (Check Video for Dance Scene at Tree on Mountain Hill).

I told him, I meant it a s a joke really: “HEY, WOULDN´T IT BE COOL MAN, IF TOMORROW WE WOULD FIND A CAT UP THERE ON THE MOUNTAIN TO DANCE WITH ME FOR THE CAMERA? But no….haha, how would a Cat get UP THERE anyways.”

So, I am dressed like in this Picture, we sweat it was so hot, and we go to the Cable Car with all our Equipment to ride it up the Hill to this Mountain Top. I saw a single tree standing there a year before on a walk and it looks like my Label Logo.

My Cameraman AND ME, could NOT BELIEVE OUR EYES, when the next freakin´Day a CAT RODE THE CALBE CAR WITH HUMAN BEINGS, WITH US! We walked in, and she sat there, inside the Cable Car going up the Mountain.

And here is the biggest Fun of it all even. Michael STARTED officially recording THRILLER on 14th April 1982, MY BIRTH DAY, literally. He told me that once. Uhm, now seriously, check this out, its so funny:

Strange man, this Video was posted as we prepared the Filming July 2011!

A new one has joined in, haha look here:

With a Major Love,

I had a very unique, young cat appear at my House in Santa Monica when I was poisoned and sick. I named her IsIs, since I was so much into REMEMBERING and researching Books with Mike on Osiris & IsIs. Actually, Mike got caught with a Book on Anubis later, he was analysis it deeply after I

told him that Anubis appeared to me. That was in September 2007 when it happened and I told him few days after.

Will show you someday my House in Santa Monica, my Cat friend IsIs and all…

Wishing you all a WONDERFUL Summer. I am signing off a bit. Michael and me got some Film Directing to do.